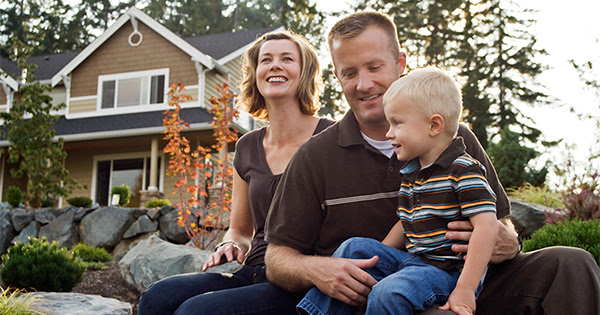 There has been recent press regarding whether or not it makes better financial sense to rent rather than buy in todayâ€™s housing market. As an example, the recently released June Summary of the BH&J Buy vs. Rent Index reported:

â€œâ€¦as of the end of the first quarter of 2015, the housing market in the U.S. and all cities in the index are trending either closer to renting being the superior option or strictly favoring renting over purchasing a home.â€
The summary goes on to explain that:
â€œThe index conducts a â€œhorse raceâ€ comparison between an individual that is buying a home and an individual that rents a similar quality home and reinvests all monies otherwise invested in homeownership.â€
Though the math may be correct, we are not as sure of the conclusion. Even if you check the methodology offered by the BH&J report itself, you will find that they realize:
â€œâ€¦any extra savings from renting might be spent on non-wealth enhancing goods resulting in any benefits from renting versus owning disappearing in a cloud of consumption spending rather than savings.â€

Many believe the wealth accumulation of homeowners is tied into the concept of â€œforced savingsâ€. The New York Times late last year published an editorial entitled, â€œHomeownership and Wealth Creation, which discussed this concept. The article explained:

â€œHomeownership requires potential buyers to save for a down payment, and forces them to continue to save by paying down a portion of the mortgage principal each month.â€ â€œEven in instances where renters have excess cash, saving a substantial amount is difficult without a near-term goal, like a down payment. It is also difficult to systematically invest each month in stocks, bonds or other assets without being compelled to do so.â€

Many of the points that were made in the article are on track with the research done by the Joint Center for Housing Studies at Harvard University which agrees that â€œforced savingsâ€ is a major advantage of homeownership. In a paper, The Dream Lives On: the Future of Homeownership in America, they concluded:

â€œSince many people have trouble saving and have to make a housing payment one way or the other, owning a home can overcome peopleâ€™s tendency to defer savings to another day.â€

The Truth is in the Historical Data

Edwards Deming once said: â€œWithout data, youâ€™re just another person with an opinion.â€ Letâ€™s look at the data on this subject. The Federal Reserve has conducted a study titled: Survey of Consumer Finances. The study found that the average net worth of a homeowner ($194,500) is 36 times greater than that of a renter ($5,400).

â€œHomeownership long has been central to Americansâ€™ ability to amass wealth; even with the substantial decline in wealth after the housing bust, the net worth of homeowners over time has significantly outpaced that of renters, who tend as a group to accumulate little if any wealthâ€¦As a means to building wealth, there is no practical substitute for homeownership.â€

If you are a renter who is considering making a purchase, sit with a local real estate professional who can explain the benefits of signing a contract to purchase over renewing your lease!

← Selling Your Home in 2016? Boost Your Resale Value with These Three Inexpensive Renovations
How to Spot the Top Problems Home Sellers Try to Hide – Real Estate News and Advice – realtor.com →